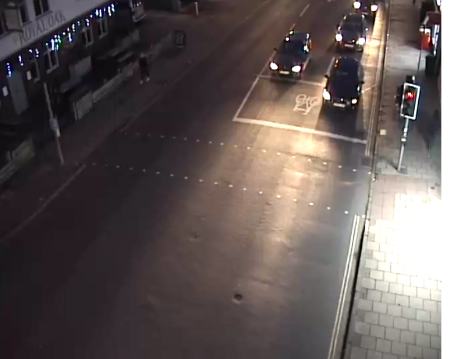 Back in May 2020, C&T Technology installed a trial of the Iteris VersiCam™ video traffic detector camera on a busy junction of the A38 Gloucester Road in Bristol. The aim was to replace a failed SCOOT detector and to make a long-term performance analysis, under a range of conditions.  Our Blog in July last year detailed the installation scenario and presented initial positive evidence that the VersiCam™ traffic detector was an effective replacement for a conventional SCOOT Loop system. As a new or repaired SCOOT detector would have required expensive, invasive and disruptive roadworks on a main arterial road into Bristol, the council were keen to investigate longer term performance of the video detector.

Five months later, the team at Bristol City Council carried out a manual count to assess the performance of the VersiCam™ in wet and twilight/dusky conditions. They concluded that the result had not changed since the initial installation, having found no-faults or glitches.

The manual count results in dark conditions are detailed in the table below. The photograph illustrates the lighting conditions. The data was shown to be comparable with the equivalent positive count assessments in Wet/Twilight conditions in October and Sunny conditions shortly after the initial installation June.

The manual counts were found to be only very slightly different than the count site based on the detector.  A few discrepancies found included:

For comparison, it was concluded that neither of these discrepancies presented an issue as both incidents would have also occured with a conventional Loop detector.

The SCOOT detector was also checked for the time against the count site and the LPU conversion rate was very close, within 95% difference, with 354 vehicles counted via the SCOOT’s LPU conversion.

* Detected 1 pedestrian
**Site exit blocked by downstream roadworks, so a lot of queuing

If you are interested in finding out more about the VersiCam™ video systems as a replacement for SCOOT Loop detection, please contact Chris Webb at C&T Technology on: 0161 443 4163 or email: info@ct-technologyinfo.com